Why would you try & dud Sachin Tendulkar? …. Good to see he and Gilbert & Tobin sorted out Spartan Sports International

Famous cricketer Sachin Tendulkar has decided to settle his lawsuit against bat-maker Spartan in the Federal Court of Australia after the company apologised for a “breach of contract”. Reports Australian Lawyers Weekly

Mr Tendulkar has settled his lawsuit with Spartan Sports International, having earlier accused the Australian bat manufacturer of failing to pay him US$2 million ($3.1 million) in royalties.

“Spartan sincerely apologises to Tendulkar for its failure to honour his sponsorship agreement and is grateful for Tendulkar’s patience in resolving this dispute,” Les Galbraith, the COO of Spartan, stated in a joint press release.

The 47-year-old cricketer said in a civil lawsuit filed last year that Spartan had agreed to pay him at least $1 million a year to use his image, logo and promotional services but failed to make a single payment owed since 2016.

Mr Tendulkar, advised by law firm Gilbert + Tobin, alleged that Spartan failed to comply with its obligations under the agreement by failing to pay him royalties and endorsement fees as per the agreement signed by both parties.

Representing Mr Tendulkar, G+T’s intellectual property partner, Siabon Seet, stated: “We are pleased to be able to resolve this action for Mr Tendulkar who, as a beloved cricket legend, is entitled to the protection of his own name and image against false endorsement.” 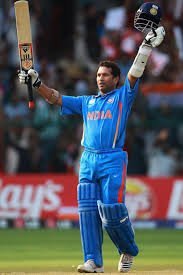