Florida attorney Robert Jay Fenstersheib was the victim of a homicide by his son on Wednesday, a friend said according to WSVN. His girlfriend survived. Scott Mager, speaking on behalf of the family, said the lawyer’s son Michael struggled with mental illness and drugs.

“Michael lost that battle today,” he said. “He shot both Robert and his longtime girlfriend Hong Pen and then killed himself using the weapon. Drug abuse and mental health issues are so underestimated in today’s life, and so I hope people will reach out and try to help those around them that they can.”

Robert Fenstersheib’s longtime girlfriend Hong Pen, described as a being at the hospital, was the sole survivor.

Police were more reserved when it comes to the details. They did not identify the people involved. Authorities said they arrived at the scene to find two men dead. The female survivor was in serious but stable condition.

“At this time, detectives of the Hollywood Police Department homicide unit are investigating the incident,” said Hollywood Police spokesperson Christian Lata. “As soon as more information becomes available, we will be forthcoming with that information.”

Lata told Law&Crime in an email Thursday afternoon that there was “no new information at this time.”

Mager described Fenstersheib as “an amazing person,” stating, “If you didn’t have a chance to meet him, you really missed a special and unique individual. We lost somebody who was the epitome of greatness. He was the epitome of a human being, and he was my dear friend.” 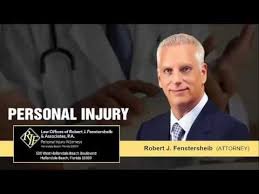