Britain’s top lawyers have written to Priti Patel to express their concern after a knifeman threatened to kill an immigration solicitor last month in an attack colleagues say was directly motivated by comments made by the home secretary.

On 7 September a man with a large knife entered a London law firm and launched a “violent, racist attack” that injured a staff member before the assailant was overwhelmed.

A confederate flag and far-right literature were allegedly found in a bag he was carrying. According to documents about the incident, police described the knife as a “weapon designed to cause serious harm”.

Days before, on 3 September, Patel dismayed the legal profession by claiming “activist lawyers” were frustrating the removal of migrants.

It was Patel’s remarks which the law firm – not being named for security reasons – believe inspired the incident. “Responsibility and accountability for this attack, in the eyes of this firm, lies squarely at the feet of Priti Patel,” say documents containing witness statements and details of the attack. 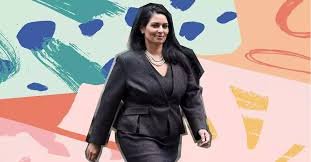