All lawyers will need to become familiar with the concepts and workings of distributed ledger technology, smart legal contracts and cryptoassets, according to the next master of the rolls.

In a foreword to a landmark report on the regulation of blockchain technology, Sir Geoffrey Vos says that the pandemic ‘has only emphasised our need to understand the ways in which technology is affecting our professional lives. Lawyers face a steep learning curve.’

Blockchain is the computer encryption technique that underpins digital currencies such as bitcoin and also allows the creation of tamper-proof databases and self-executing contracts. The guide, Blockchain: Legal & Regulatory Guidance, produced by the Law Society and Tech London Advocates, an international  group of experts, notes numerous regulatory challenges posed by blockchain innovations, including in data protection law and dispute resolution. At present, for example, there are no recognised standards for making so-called ‘on-chain’ dispute resolution mechanisms a viable alternative to traditional dispute resolution options.

Sir Geoffrey Vos: pandemic ‘has only emphasised our need to understand the ways in which technology is affecting our professional lives’

On the vexed issue of handling personal data in distributed ledgers, it calls for further guidance from data protection authorities on how such data is stored, transferred and expressed on distributed ledger and blockchain platforms.

Meanwhile, legislation and/or regulatory guidance should be provided on whether the use of cryptoassets as collateral would be deemed to be enforceable security under the laws of England and Wales.

One of the report’s authors, Anne Rose, of the blockchain group at London firm Mishcon de Reya, noted that so far the only formal legal statement in the UK relating to distributed ledger technology, published last year by the UK Jurisdiction Taskforce, addresses only ‘very specific and limited questions’.

She called for further work to create certainty as distributed ledger technology affects ‘every aspect of our society’. On the data protection issue, she said blockchain databases are not necessarily incompatible with current law, ‘but there is a need for further guidance from the ICO and other data protection agencies’. 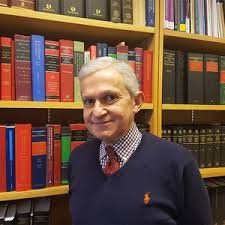