A Uyghur rights group’s legal challenge against the British government for not investigating the import of cotton produced in the Chinese region of Xinjiang was dismissed by a London court Friday.

Judge Ian Dove said in a written ruling that he had dismissed the WUC’s case.

Rights groups accuse Beijing of widespread abuses of Uyghurs, a mainly Muslim ethnic minority that numbers around 10 million in the western region of Xinjiang, including the mass use of forced labor in camps. Beijing vigorously denies any abuses.

Dove said there was “clear and undisputed evidence of instances of cotton being manufactured in the XUAR (Xinjiang Uyghur Autonomous Region) by the use of detained and prison labor as well as by forced labor.”

But he found that the Home Office’s approach to the law on foreign prison-made goods was “legally sound,” and ruled that the view of the tax authority and the National Crime Agency on the law on the proceeds of crime was correct.

The WUC argued in October that the Home Office had wrongly refused to launch a probe into the import of foreign prison-made goods, and that HMRC and the National Crime Agency had failed to investigate whether cotton from Xinjiang amounted to “criminal property.”

Lawyers representing the British government had argued there had to be a clear link between “the alleged criminality and its specific product” to investigate whether goods were made in a foreign prison.

Dolkun Isa, the WUC’s president, said the ruling was “a greatly disappointing outcome for the Uyghur community.”

A British government spokesperson said: “The government is committed to tackling the issue of Uyghur forced labor in supply chains and is taking robust action.

“Over the last year we have introduced new guidance on the risks of doing business in Xinjiang and enhanced export controls. We keep our policy response under constant review and welcome today’s judgment.”

A spokesperson for the National Crime Agency said in a statement that the agency considered information provided by the WUC and “assessed that there is insufficient material from which to commence a criminal investigation at this time.”

The statement added that the agency will “assess any new information received and will review accordingly.” 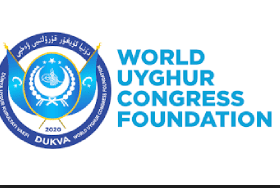