After advising multinationals for 30 years, he began teaching and writing, criticizing corporate tax dodging and pressing for higher taxes to combat inequality.

Edward Kleinbard, a prominent tax lawyer who helped global corporations find creative ways to cut their taxes before he moved to academia and shined a light on the practices of the types of companies he had once advised, died on June 28 in Los Angeles. He was 68.

He had been treated for cancer for several years, a brother-in-law, Kris Heinzelman, said in confirming the death, at Keck Hospital of USC.

Mr. Kleinbard’s career cut an unusual arc. He spent more than 30 years as a corporate tax lawyer, helping companies and financial institutions on Wall Street and elsewhere cut their tax bills. He then devoted the last decade to the cause of raising taxes, as a means of combating inequality and poverty. As a member of the law school faculty at the University of Southern California, he used his insider’s expertise to show in particular how multinational companies avoid taxes.

Mr. Kleinbard published a series of articles on the inequities in the tax system, especially how multinational corporations like Google, using techniques nicknamed “Double Irish” and “Dutch Sandwich,” dodged billions of dollars in taxes by pushing profits into tax havens offshore.

Read the full obituary at  https://www.nytimes.com/2020/07/10/business/dealbook/edward-kleinbard-dead.html 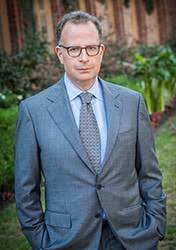