Brooklyn Civil Court Judge Cenceria Edwards officially took over as the chair of the Judicial Council of the National Bar Association following an installation ceremony that was held on July 28.

Judge Edwards became the 50th chair of the council, the first female judge elected from New York and the third judge overall from the state. The others were Hon. Eugene Sharpe, who served from 1980 to 1981, and Hon. Howard Bell, who served in 1989.

“The COVID-19 pandemic along with protests surrounding police brutality have caused our nation to pause, reflect, resolve and reform,” Judge Edwards said.

With that in mind, the judge pledged to work to ensure equal access to justice and expediency in recognizing the delays to the court system caused by the pandemic, as well as to help the legal community adapt to extensive use of technology, including virtual litigation, judging and retrofitted courtrooms.

Elected to the bench in November 2014, Judge Edwards sits in Kings County Civil Court and presides over trials that include commercial real estate, personal injury, no-fault medical claims, small claims and consumer debt disputes. Prior to joining the Civil Court, Judge Edwards presided over the Kings County Criminal Court for the first two years of her judicial career.

The judge is a graduate of Baruch College and earned her law degree from New York Law School. She is also a licensed certified public accountant.

The National Bar Association’s Judicial Council was formed in 1971 and is the largest organization of minority judges in the world. The association works to improve the public’s confidence in the courts and to improve systems to eliminate backlogs and other impediments to justice. 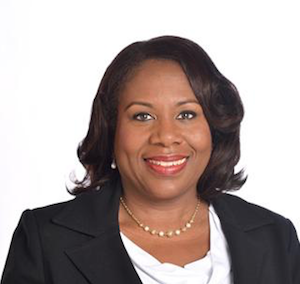