USA: Dewey B Strategic Blog Suggests Perla Out Of Bloomberg BNA After Article For Above The Law In The Summer “Insulted Gatekeepers”

Perla “Out at Bloomberg BNA” writes Dewey B Strategic blog

Some, including Dewey B Strategic say they were offended by his tone but reading the article again he makes perfect sense.

If one looks at the speed that the top end of the legal industry is adopting AI related technologies one would have to be fairly naive to think that if management / partners think new technologies can replace recalcitrant gatekeepers they will engage with those technologies.

This column is not about our tax product. It is about a culture that pervades law firms in which gatekeepers tiptoe around the perceived sensibilities of lawyers, or accept at face value that the status quo is immutable, to the detriment of all.

On countless occasions, I have heard gatekeepers complain about the lack of respect given to them by lawyers, or the fact that they are not given a seat at the proverbial table. But the hard truth is that genuine innovators and agents of change within their firms do have all that status—and more. But when the opportunity to innovate is before most, all too often they defer to that old boogeyman: lawyers’ supposed resistance to change.

Remembering back to the dim distant days of the early 90’s in Sydney when the world started to change from legal information hardcopy  to CD many librarians baulked for exactly the same reason and then the world moved them into the new paradigm relatively gently.

These days the stakes are much higher and things are moving much quicker. Now firms are far more reliant on tech in all aspects of their business.

We’d suggest Perla was correct to issue the wake up call..If he was dumped for issuing a dose of reality it wouldn’t surprise us, the inherent conservatism of the legal publishing industry will one day be its downfall as all the individuals with an ounce of guts and commonsense are sent out to pasture.

In quarter of a century of reporting on the industry, sadly, we have to say, it has always been thus

I am hearing from multiple sources that David Perla has resigned as President of the BloombergBNA legal division.  According to Bob Amrbrogi’s website Law Sites  Perla is being replaced by Scott Mazorsky who will report to Greg McCaffery, the BloombergBNA CEO.

Perla brought a lot of energy to BloombergBNA. Under his watch Bloomberg BNA added some of their most innovative products including the Corporate Transactions Center which provides advanced drafting analysis of corporate deals. In the past month, BloombergBNA released  litigation analytics which is the first market entrant to take on the dominant Lex Machina in that space.

Perla stoked controversy over the summer with his Above the Law post on “gatekeepers” in law firms, which was viewed by many including this writer as insulting, information professionals– who have in fact been both BloombergBNA’s strongest allies and critics– helping it grow and evolve its offerings.

I liked David and his energy and insights will be missed. I suspect we will soon see David emerge in another innovative leadership role in the legal market.

A Challenge For The Gatekeepers

I have a message for the gatekeepers of the legal industry: change is coming—with or without you.

In my work, I deal frequently with librarians, research and knowledge professionals, and other law firm managers, but I am addressing this message to ANYONE who manages the relationships between a law firm and those who provide innovative services to attorneys. My recommendation is that you get on board and facilitate this change. If you don’t, the world is going to pass you by. I say this because I have seen it happen—to me.

I served as vice president of business and legal affairs for Monster.com, the job-search site, during its heyday at the turn of the century. Its share value crossed $90 while I was there in 2000. But as early as 2002, Monster’s leadership could see that the world was changing—Web 2.0 was on its way. We knew that in order to keep up, we would need to adapt. Specifically, we needed to seize the opportunity to make Monster a job-networking platform. We took steps in that direction, even hiring executive talent from successful network-based companies to build out our networking business.

But that business never became a reality. When the moment for change came, Monster flinched. The introduction of our networking platform would have been uncomfortable to the paying clients that posted open positions on our site. Our senior leadership balked at the idea of upsetting them, and let the networking opportunity go in favor of business as usual.

Monster recently sold itself for $429 million (about $8 billion less than it was worth at one time). LinkedIn, a job-networking platform, meanwhile, is being acquired by Microsoft for more than $26.2 billion.

All too frequently, the gatekeepers of the legal profession act like Monster of the early aughts. In my experience, they are smart people. They see that the world is changing, and, in fact, many of them want to be seen as innovators themselves. However, initiating something innovative takes chutzpah – the term in Yiddish used to describe the courage or ardor that an individual possesses.

As an enterprise provider, we are constantly being asked by our law firm clients to develop and demonstrate new tools, new technologies, and new products, especially in light of all the start-up activity in the legal industry. Not a week goes by without us being asked about a new idea, new company, or new technology that a client has read about – and how that can help lawyers and law firm staff. In fact, I attended a session at AALL where librarians were brainstorming how to be more relevant or get lawyers to pay more attention to them. But when the moment comes to actually introduce change at law firms, they flinch out of fear. Afraid that the attorneys they work for will find change uncomfortable, they balk—just as Monster’s executives balked at upsetting the site’s customers.

I see examples of this on a weekly basis. In the time that I have been drafting this column, I received an email about our new Bloomberg Law: Tax product, one we developed to meet the specific needs of tax lawyers and which we market tested. In the email, one of our representatives summarized a meeting with a national firm about the new product: “The librarians provided positive feedback,” but declined to demonstrate the product for their lawyers because “the tax group is slow to change and would not quickly adopt the ‘bells and whistles’ of the new platform.”

This column is not about our tax product. It is about a culture that pervades law firms in which gatekeepers tiptoe around the perceived sensibilities of lawyers, or accept at face value that the status quo is immutable, to the detriment of all.

On countless occasions, I have heard gatekeepers complain about the lack of respect given to them by lawyers, or the fact that they are not given a seat at the proverbial table. But the hard truth is that genuine innovators and agents of change within their firms do have all that status—and more. But when the opportunity to innovate is before most, all too often they defer to that old boogeyman: lawyers’ supposed resistance to change. I remember sitting in a conference room of my then-employer in the mid 1990s and having a technology committee member proclaim that he would never communicate with his clients via email!

The same was true with legal outsourcing. Someone at nearly every major law firm told me that outsourcing wouldn’t work, that his or her firm would never change.

Yet change came. Via email. Via smartphones. Via iPads. And outsourcing thrived, along with the myriad of other new resources and resource providers. Those changes benefitted the firms, the clients, and, of course, the people who championed change.

Ultimately, that gatekeeper deference—that fearful attitude—can be explained as a job-preservation strategy. If you push change too forcefully, and make people too uncomfortable, I suppose you might find your job in jeopardy. But acting in response to that fear is a mistake. In the first place, it’s overblown. Whatever truth there is in the myth that lawyers are set in their ways, it’s equally true that lawyers will respect those who challenge their thinking and attempt to modernize their businesses. Lawyers are constantly seeking innovation in their services models, and that change more often than not starts with foundational resources.

More to the point, there is no time to remain stagnant out of fear. The world moves much faster today than it did even in 2004, when I left Monster. If you keep innovation at bay in order to preserve your job, it won’t be long before there is no job left to preserve.

Change is coming whether we like it or not. Gatekeepers: be one of those who embraces it, champions it, and reaps the rewards from it. Because those who don’t are going to get left in the past. 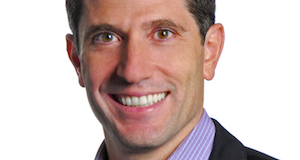