Ultra Music Publishing has formally responded to a lawsuit filed last year by Sony Music which, as the now sole owner of the Ultra Records label, wants the Ultra music publisher to stop using the Ultra name.

Both the publisher and the label were founded by Patrick Moxey and they originally operated as sister companies. Sony first bought into the label in 2012, though Moxey continued to run both the recording and publishing sides of the business until early last year. At that point Sony took complete control of the Ultra label and Moxey stood down from his role at the record company.

Ultra Music Publishing was not part of the Sony deal and continues to be run by Moxey. However, in a lawsuit last year, Sony argued that the Ultra label owns the Ultra brand, and that it previously allowed Moxey to use the name for publishing under licence. However, that licence was terminated last year. Therefore, the major said, his continued use of the Ultra brand in the music publishing space constitutes trademark infringement.

But not so says Moxey in a legal response filed with the courts last week which includes a counterclaim. That’s because, he explains, before Sony got involved, Ultra Records LLC (or URL) owned the Ultra mark in the record business, but Ultra International Music Publishing (or UIMP) owned it in the music publishing space. 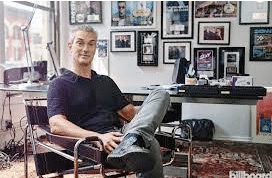