The Liberal Democrats have written to cabinet ministers urging them to condemn the home secretary Priti Patel for claiming “activist lawyers” were preventing the removal of migrants in the Channel.

The home secretary attracted criticism on Thursday after she posted on Twitter that the government had removed people who had arrived in the UK in small boats and had no “legal right” to be in the country.

She added that the removal of the migrants was being “frustrated by activist lawyers” and that she hoped to make the route “unviable” in the future.

Her comments came a week after the Home Office attracted criticism for posting a video in which it claimed that current rules on deporting asylum seekers are “open to abuse… allowing activist lawyers to delay and disrupt returns.”

Wera Hobhouse, justice spokesperson for the Liberal Democrats, has now written to justice secretary Robert Buckland and attorney general Suella Braverman urging them to condemn such language as “completely inappropriate”. 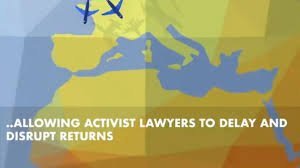