Lidl and Tesco are used to being rivals for the consumer’s pound, but you don’t often see them at war over trademarks. However, in one such battle that has been raging for some time, the latest instalment is Tesco’s counterclaim, which attacks Lidl’s trademark registration on the basis of ‘bad faith’. In this article, we explore the background to this case, the key issues involved and the impact of the outcome for brand owners.

Lidl initially brought proceedings against Tesco for infringing its Lidl trademark; they claimed Tesco’s ‘Clubcard Deals’ icon to be too similar to Lidl’s trademark. Both Lidl and Tesco’s signs consist of a blue square with a yellow circle. Lidl added to this with allegations of passing off and copyright infringement in respect of the mark. In retaliation, Tesco has counterclaimed for a declaration of invalidity in relation to some of Lidl’s trademarks.

In a judgment heard by Joanna Smith J, Lidl had successfully struck out certain paragraphs of Tesco’s Defence and Counterclaim on the basis that there was no reasonable ground to bring a claim of bad faith (per 3.4(2)(a) of the Civil Procedural Rules – the CPR). Tesco appealed this judgment, and the Court of Appeal’s judgment by Lord Justice Arnold is what we will look at specifically here.

Lidl’s marks in issue are as follows:

Section 3(6) of the Trade Marks Act 1994 (TMA), provides that a trademark should not be registered “if or to the extent that the application is made in bad faith”. This underpins section 47(1) of the TMA, which states that a trademark may be declared invalid on the ground that it was registered in breach of section 3. It is these provisions that Tesco relies on in its argument that the Additional Wordless Marks should be invalidated.

There have been several cases on bad faith in recent years, and in his judgment Arnold LJ applied the principles derived from them, notably the reasoning of the Court of Justice of the European Union (the CJEU) in Skykick1, and the General Court in Target Ventures2 and in Hasbro3.

In Skykick,  the CJEU set out a test for when trademark registrations may be deemed as having been registered in bad faith. They asserted that “the registration of a trademark by an applicant without any intention to use it in relation to the goods and services covered by that registration may constitute bad faith.” However, this would only be established if “the trademark applicant had the intention either of undermining, in a manner inconsistent with honest practices, the interests of third parties, or of obtaining, without even targeting a specific third party, an exclusive right for purposes other than those falling within the functions of a trademark.”

In Target Ventures,  the General Court found that an applicant had registered the mark “Target Ventures” in bad faith when it primarily used the mark “Target Partners” for its branding and only used the mark “Target Ventures” in the capacity of two domain names (targetventures.com and targetventures.de). These domain names simply re-directed customers to the company’s main website at targetpartners.de. The General Court found the company had therefore registered the mark “not with the aim of engaging fairly in competition but with the intention of obtaining, potentially without targeting a specific third party, an exclusive right for purposes other than those falling within the functions of a trademark, in particular the essential function of indicating origin.” As such, an applicant seeking a trademark for purposes other than the essential function of indicating origin, could be deemed to have acted in bad faith.

In Hasbro, the General Court stated it was for the applicant of invalidity “to prove the circumstances which make it possible to conclude that an application for registration of an EU trademark was filed in bad faith, the good faith of the trademark applicant being presumed until proven otherwise”. However, once established this can “lead to the rebuttal of the presumption of good faith” where it will be for “the proprietor of that mark to provide plausible explanations regarding the objectives and commercial logic pursued by the application for registration of that mark”. In other words, although the burden of proof has not shifted entirely onto the proprietor of a trademark, once an applicant for invalidity has established a sufficient possibility that a proprietor acted in bad faith, it will be for the proprietor to prove that it has acted in good faith.

In this case, the specific grounds of appeal Arnold LJ had to assess were as follows:

Arnold LJ disagreed with Tesco’s first ground of appeal, finding that Smith J had not applied the test under rule 3.4(2)(a) incorrectly, and in fact she had cited a number of authorities when doing so. Although Arnold LJ was sympathetic to the argument that Smith J may not have fully appreciated the developing nature of bad faith, he did not believe this alone would justify overturning her decision.

In relation to Tesco’s second ground of appeal, Arnold LJ agreed that Smith J had failed to take into account the pleaded facts and inferences of bad faith, stating it is for Lidl “to show that the factual assertion is manifestly unsustainable”. Arnold LJ went on to state that it is clear that an applicant seeking unjustifiably broad protection may amount to an abuse of the trademark system, which could constitute bad faith. He confirmed that whether this has occurred now remains a fact-sensitive question, which awaits the trial judge.

Arnold LJ therefore overturned the initial judgement, stating that Tesco’s arguments for bad faith have a “real prospect of success”.

Irrespective of the final decision as to whether Tesco’s bad faith arguments will be successful, this decision has still gone some way to affirm the reasoning underpinning the Hasbro  decision. Brand owners therefore need to remain aware (at least for the time being!) of the potential risks that re-filing the same marks may leave them vulnerable to bad faith attacks.

Indeed, this could lead to a more selective process when brand owners decide which marks to assert against third parties, and the risks of asserting marks that are not the main marks in use. Moreover, a shift in brand owners’ strategies for pursuing trademark litigation may be required after Arnold LJ indicated that brand owners should face a greater onus to explain their intentions at the time of filing their trademarks. Brand owners therefore might want to consider recording their commercial reasoning behind each trademark application – to ensure a clear audit trail is established that could be used to rebut any potential challenges of bad faith later down the line.

It is also interesting to note that despite the UK courts not being bound by Hasbro (as the General Court’s judgment in April 2021 post-dated the Brexit date of 31 December 2020), Arnold LJ has chosen to keep the door open to aligning the UK courts with the CJEU. That said, this might have been inevitable given re-filings already fall within the bad faith test set out in Skykick.

We will have to await the next instalment of the supermarket wars to find out if Tesco’s bad faith arguments are successful. 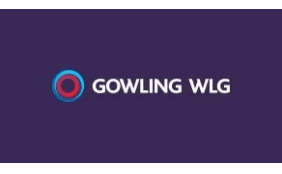