At some point people will realise that the office is essentially as redundant as that must go  to legal conference in the Cook Islands.. yes a general meeting point somewhere near good access to public transport for that once a month time you just must go to the office will still be useful…

If i were a partner i’d be very happy .. there’s a whole range of costs that can be permanently consigned to the dustbin. Let’s see if there’s a new normal later in the year or whether decide the past is better than the future.

Law firm offices across the City still stand almost empty, despite a government drive to get people back to work as firms tackle issues concerning public transport and social distancing.

It is estimated that just 10% of City solicitors are working in the office. However, September and October could see a tentative return to normality.

International practice Eversheds Sutherland will enter ‘phase one’ of its reopening plan this month, in which 25% of staff will return to its 10 UK offices. Meanwhile, from today, Allen & Overy’s premises will be open to all employees on a voluntary basis. However, people will have access only on alternate weeks, to ensure social distancing.

At Freshfields, one cohort of staff will move to new City skyscraper 100 Bishopsgate this month. A second group is due to move to the office in December, though everyone still has the option to work from home.

Other firms have kept summer restrictions in place. Slaughter and May, which partially opened in July, said it is keeping its options under review, while Norton Rose Fulbright said it does not expect to see most staffworking from the office in the near future in areas reliant on public transport.

Tony Williams, principal of legal consultancy Jomati and former managing partner at Clifford Chance, said: ‘We’re at the stage where it’s very much encouragement rather than any sense of coercion. Obviously a lot of people are nervous about coming back and many firms see this as an opportunity to rejig the way we work going forward.’

An example of this is Norton Rose Fulbright, which predicts that the office will become a place to meet colleagues and clients, and train more junior staff, rather than the default place to work. Freshfields is also updating its ‘agile working policy’ in light of the past six months. Meanwhile the Law Society’s Chancery Lane headquarters remains closed. A spokesperson said the situation would be kept under review in line with government guidance: ‘We continue to provide many services remotely – for example our library.’ 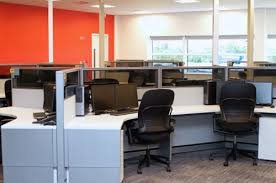