We won’t mention the word, hapless, ….oh, we just did!

That thing called Brexit.. remember that?

The head of the Government Legal Department has quit, reportedly over a dispute with Downing Street over Brexit.

According to the Financial Times, Sir Jonathan Jones, treasury solicitor and permanent secretary at the GLD, is leaving his position due to a dispute with Downing Street over its plans to challenge parts of the EU withdrawal agreement.

The FT says: ‘Those close to Sir Jonathan said he was “very unhappy” about the decision to overwrite parts of the Northern Ireland protocol, part of the 2019 withdrawal agreement, with new powers in the UK internal market bill.

‘One person familiar with the events leading up to Sir Jonathan’s decision to resign said it had followed months of tension over the handling of the Brexit negotiations and legal disagreements with Suella Braverman, the attorney-general.’

Lord Falconer, shadow attorney general, tweeted: ‘Jonathan Jones [is an] impressive lawyer and very decent person. Loyal civil servant. If he can’t stay in the public service, there must be something very rotten about this government. Reckless, law breaking, trashing the best of the UK.’

Jones, a barrister, became treasury solicitor and permanent secretary of the GLD’s predecessor, the Treasury Solicitor’s Department, in 2014. He began his government career as a legal adviser to the Department for Education. He has also served as director general at the Home Office Legal Adviser’s Branch and director general of the Attorney General’s Office.

Attorney general Suella Braverman QC said: ‘Sir Jonathan Jones has been an asset to the Civil Service, dedicating over 30 years to public service as a government lawyer. He has provided a wealth of knowledge and legal advice to the government during his time, including steering the government through the complexities of leaving the EU and more recently, responding to the challenge of Covid-19. It has been a pleasure to work with him and I wish him the very best for the future.’ 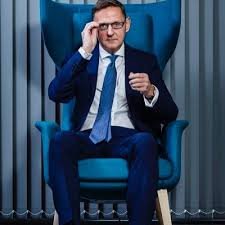