The UK Law Gazette reports that a. professor of primary care health sciences at the University of Oxford has strongly recommended that face coverings be worn in court – an environment she said was ‘risky’ for transmitting Covid-19.

Warning that a ‘full on’ second coronavirus wave should be expected as lockdown restrictions ease, the professor said court happens indoors. ‘Indoor environments are much more dangerous in terms of airborne transmission. This is especially true when the ventilation level is poor, which is often the case in old buildings,’ she said.

‘The best kind of environment is one with negative pressure ventilation, as happens in some operating theatres. Opening the windows helps a lot. Sitting in court will of course greatly increase the risk. Finally, court involves speaking, and often rather loudly in order to be heard in a large room. Speaking loudly for many hours will of course greatly increase risk.’

Greenhalgh said there was a lot of controversy around the effectiveness of masks. But, she told Seifert, ‘as a lawyer you will know that when assessing the evidence for and against a proposition, it is the totality of the evidence that counts, and the extent to which evidence from different sources all points to the same conclusion’.

There was evidence that ‘just about anything in front of the wearer’s mouth and nose substantially reduces the emission and spread’ of large droplets and smaller airborne particles, which can transmit the virus and are emitted from the mouth and nose.

Greenhalgh’s recommendation will fuel safety concerns as HM Courts & Tribunals Service reopens more court buildings and jury trials resume. Earlier this week the Commons justice select committee heard that the number of outstanding more serious cases in the Crown court was 40,526 on 24 May. The number of cases waiting in the magistrates’ courts has risen to almost 484,000. 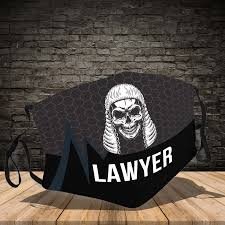