What is it with Barristers at the moment !

A barrister convicted of grievous bodily harm for breaking a hotel receptionist’s jaw with a hockey stick has retrained as a solicitor.

Felix Joel Evans was handed a two-year suspended sentence in February 2018 for what the judge called an “unforgivable” attack on a “hapless hotel receptionist”.

Although suspended by a bar disciplinary tribunal earlier this week, Evans had already switched professions and has “qualified as a solicitor”.

Legal Cheek reported the fact of Evans’s suspension this week but more details have now come to light in a Bar Tribunals & Adjudication Service report on the case.

According to the report, the incident that led to Evans’s conviction occurred in February 2017. The non-practising barrister had been drinking heavily with a friend after playing hockey and ended up “very, very drunk”.

The disciplinary tribunal found that Evans had “hit the hotel receptionist with a hockey stick three times, once in the face breaking his jaw and twice on his back”. He reportedly told police “I’m very guilty for what I did”.

But the tribunal decided not to disbar Evans in light of the efforts he has since made to turn his life around. An “alcoholic” at the time, the 29-year-old has since been to counselling and Alcoholics Anonymous, and now has a wife and child.

Evans also “works for a firm of solicitors, has qualified as a solicitor, and is due to be admitted to the roll in March 2021”. The Solicitors Regulation Authority (SRA) and his firm are aware of his conviction.

Justifying its decision to suspend Evans from the bar for three years rather than disbar him, the tribunal said “we do consider all that he has done since the incident to repair his life to amount to exceptional circumstances”.

Earlier this year, a barrister convicted of assault for headbutting a female colleague was suspended from practice for three months. 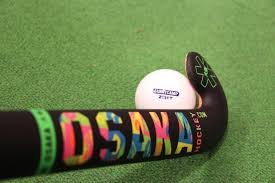