UK – Article – Prospect Magazine: Why the Rule of Law matters A government that undermines the rule of law is a contradiction

A cabinet minister has, in the House of Commons, stated expressly that the government will deliberately break the law. That is a sentence that no person interested in law or in politics would ever expect to read, and not one that even someone as cynical as me ever expected to type. But it is true.

Because it was such an extraordinary moment it takes a little effort to explain why it matters. Just as nobody expected such a sentence to exist, nobody would have been immediately able to articulate the significance of the statement. It is still sinking in.

But the effort should be made. The starting point is the heady if somewhat inexact concept of “the Rule of Law.” Put simply this means that there should be no power beyond or above the law. This meaning, however, is not an especially liberal one: many of the worst regimes in history were careful to have their preferred laws in place. Law, like bureaucracy, is attractive to the totalitarian frame of mind.

The liberal import of the Rule of Law is in another meaning: that the law applies equally to all persons. This is the meaning which, for example, the socialist historian EP Thompson treasured in his account of early modern poaching. The law bound what could be done by the powerful just as it bound the powerless. Forcing those with wealth and might to also comply with general standards is something which benefits the weak as well as the strong.

Read the full article at

Why the Rule of Law matters 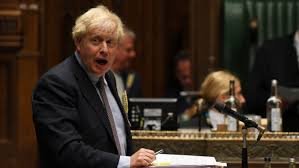