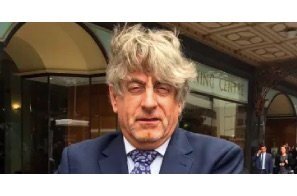 A founding partner of a small Sydney law firm has been ordered to pay just short of $50,000 in compensation to a former employee he dismissed on unsubstantiated claims that she had stolen money and had challenged his authority in front of staff.

The Fair Work Commission found Brett Galloway had unfairly dismissed the former employee from Brett Galloway Solicitors Barristers & Attorneys at the beginning of the coronavirus pandemic over allegations that were strenuously denied by the employee and were not substantiated during the lengthy trial.

In a termination letter handed to the employee in mid-March 2020 and with words she claimed were to the effect of “you’re fired, get out”, the employee read that she was being accused of serious continuing insubordination, attempted intimidation, sabotage and making agreements with others without his consent. During the hearing, she would also learn that Mr Galloway was accusing her of theft and fraud.

“I am satisfied and find that on the balance of probabilities, the conduct allegedly engaged in by [the employee] did not occur and accordingly there was no valid reason for her dismissal,” the commission’s deputy president Lyndall Dean said.

“While the respondent is a small employer and did not have a dedicated human resource expertise, Mr Galloway is a lawyer with extensive legal experience who ought to have been able to ascertain the basics in how to fairly effect a dismissal.”

In the letter to the employee, Mr Galloway set out that the serious insubordination had occurred after a discussion came up concerning his decision to act for a homeless person with no money or assets in circumstances where he said she had “actively encouraged staff to work for another client” who was refusing to pay fees.