Kennedy has used this phrase before, but it’s drawing backlash — especially considering that Biden promised to nominate a Black woman to the Supreme Court

Sen. John Kennedy went viral on Wednesday for supposedly telling fellow Senate Republicans that he wants President Joe Biden’s Supreme Court nominee — whom Biden has said will be a Black woman — to be someone who “knows a law book from a J. Crew catalog.”

Republican Senator John Kennedy on nominating a Black woman to SCOTUS: “No. 1, I want a nominee who knows a law book from a J. Crew catalog.”

That’s according to a Politico Playbook report on a private Senate Republican luncheon on Tuesday. It noted that Kennedy, who sits on the Judiciary Committee, “didn’t exactly tamp down his rhetoric” while discussing whether it was counterproductive for the GOP to battle against Biden’s SCOTUS nominee.

His remarks drew backlash on Twitter TWTR, +7.13% and elsewhere after the news broke on Wednesday, leading J. Crew to trend in the afternoon as readers discussed what they thought Kennedy meant by those words.

Someone really needs to ask Kennedy what, exactly, he means by number 1. pic.twitter.com/My1zNnUvNo 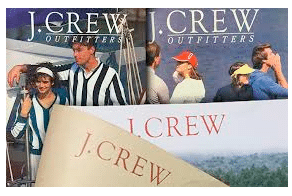