A University of Salford law student has reportedly been killed in a “senseless” drive-by shooting while out shopping with her family on Sunday.

The victim, named locally as 19-year-old Aya Hachem, is said to have been just 100 metres from her home in Blackburn, Lancashire, when she was gunned down from a car window at around 3pm yesterday.

Hachem, originally from Lebanon, was rushed to hospital but could not be saved.

Paying tribute to the law student, The Asylum and Refugee Community (ARC) wrote on Facebook that she harboured ambitions to study international law but “lost her life in a horrific senseless attack”. 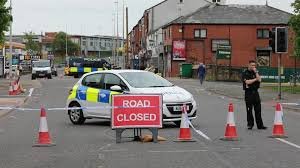