Report: It’s official: Lawyer awards (at least some of them) are scams

(Reuters) – Wondering if some legal awards are garbage?

Here’s a hint: The Federal Trade Commission last week put out a consumer advisory headlined “Look beyond the award when you hire a lawyer.”

The agency notes that if you find yourself unexpectedly in need of legal help and start searching online, you’re likely to encounter “lawyers and law firms with fancy-looking seals and badges on their websites claiming they’re among the best in their field.”

But the FTC warns that “some of these seals or badges might be ‘vanity’ or ‘ego’ awards that lawyers can buy.”

I know, it’s shocking. Lawyers shelling out money to boost their egos.

The consumer protection agency is spot on to warn people looking to hire counsel about meaningless accolades that proclaim lawyers to be the leading this or most distinguished that. At the same time, I’m not sure if the FTC’s earnest advice on how to avoid being fooled is likely to prove all that helpful to the average consumer.

To be sure, sophisticated in-house lawyers have little trouble seeing through the hype. Earlier this year, I asked general counsel at Microsoft, BAE Systems and retailer Savers Inc if they were impressed by legal awards – even the real (or quasi-real) ones, where there’s actual selection criteria and the lawyers don’t pay to play.

Meh. They’ve got their own resources and procedures for hiring outside counsel, thank you very much.

But regular people looking for help to write a will or end a marriage or file a personal injury complaint are like rubes on the midway trying to throw plastic rings around the neck of a bottle — if the bottle wore a three-piece suit and claimed to have been recognized as a top-rated legal practitioner.

The FTC advises consumers to ask questions like: “How long has this award been in existence? What requirements does someone have to meet to earn the award? How many awards are given out each year? Is a marketing company awarding it?” The FTC also suggests searching the name of the award plus “vanity” or “ego” or “scam.”

(Reuters parent company Thomson Reuters owns lawyer rating service Super Lawyers. The answers to the FTC’s questions are: since 1991; lawyers are picked based on peer recommendations, evaluations, independent research and verification of license and discipline status; 5% of attorneys on a state-by-state basis; and no.)

Super Lawyers publisher Cindy Larson said she agrees with the FTC that it’s “important to look at each rating and everything that it entails.”

But award-bestowing organizations with murky origins and ownership can make such queries a challenge. It’s not like they state on their websites, “This is a made-up honor. We’ll give a plaque to anyone who pays us $500.”

Instead, they say things like “selection is based on a thorough multi-phase objective” and “only the leading attorneys are invited to join the organization” and a “lengthy vetting process is employed.”

Even as a longtime legal journalist, I don’t always find it easy to distinguish such vanity awards from descriptions by, say, the American College of Trial Lawyers – an ultra-prestigious association founded in 1950 that counts every Supreme Court justice of the United States and Canada as an honorary fellow. The ACTL says it offers membership “only by invitation, after careful investigation” – except in its case, it’s actually true.

For an ordinary consumer, the FTC’s suggestions amount to “a big onus,” says Conrad Saam, the founder of Mockingbird Marketing and former director of marketing for lawyer rating service Avvo.

Saam says consumers use accolades as “trust markers” – and that “anything that looks like an award lends some level of credence” to the winner.

It makes no difference whom the award is from, he told me. “Consumers will not take the time to research whether or not an award is real.”

To prove a point, he was able to get his child’s pet chicken Zippy through the vetting process for a vanity award in 2017 by submitting a cursory fake nomination plus Zippy’s email address (Zippydeshickeen@yahoo.com) and a link to the fowl’s non-existent labor and employment law website.

So is it unethical for a lawyer to pay for a dubious accolade? Is it deceptive advertising?

It’s hard to say. Because vanity award recipients may not actually feel they’re undeserving. Perhaps they prefer to believe that they’re being recognized appropriately for their excellent abilities (just like Mom always said).

What’s troubling to me is that even meaningless awards can sway hiring decisions.

“They work,” Saam said. “I can tell you mathematically” that they do.

It points to a fundamental problem that regular people face when hiring lawyers: How to evaluate a lawyer’s skill at lawyering. People don’t know whether a precedent was overlooked or a key argument was bungled, or if money was left on the table in a settlement.

What they do know is if the lawyer promptly returns their phone calls, gives explanations in plain English and is transparent about fees. Such a track record offers a straight-forward reason to pick one lawyer over another.

And indeed, that may be where the FTC offers the most helpful consumer advice: “Ask for recommendations from people you trust who already have experience hiring lawyers.” 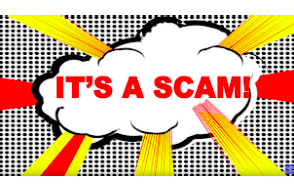