When the U.S. government announced a multibillion-dollar bailout of struggling small businesses amid the coronavirus pandemic, one of the top U.S. law firms sensed an opportunity. Reports WKZO

Leaders of the high-profile firm founded by David Boies circulated an email asking shareholder partners to authorize the firm to seek up to $20 million in forgivable government loans, two sources familiar with the matter told Reuters. Boies Schiller Flexner, where partners commonly earn seven-figure compensation, is known for representing Hollywood producer Harvey Weinstein against sexual-assault accusations and companies ranging from Oracle to Theranos.

The firm declined to comment on whether it actually applied for or received the money under the U.S. government’s Paycheck Protection Program. And the government won’t say – because of a policy that keeps all such applications and awards secret.

The U.S. Small Business Administration (SBA), which oversees the program, declined to comment on whether Boies Schiller has applied for a PPP loan. The agency previously told Reuters that it would post individual loan data when its current round of PPP funding runs out. But it did not say whether that data will include borrower names or amounts or detail what it plans to release. U.S. Treasury Secretary Steven Mnuchin told the U.S. Senate’s small business committee on Wednesday that borrower names and amounts received would not be made public, calling the information proprietary and confidential. 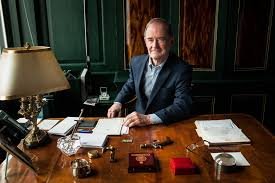