BOSTON, MA – October 13, 2020. Clocktower Law, in conjunction with O’Brien Global Law, announces a winning verdict in favor of sole proprietor Posh Goth in its trademark dispute with the much larger Perfectly Posh. Clocktower specializes in representing startups in patent and trademark matters.

Protecting ideas and brand identities can be costly and time consuming for startups who need patents and trademarks most when they can afford them least. In addition to filing patents and trademarks to protect their own intellectual property, startups often have to deal with litigation or threats of litigation from much larger competitors. Most startups settle rather than fight.

For example, startup Posh Goth was founded as a sole proprietorship in December 2014. In the summer of 2017, Posh Goth discovered that a third party was using #PoshGoth to promote competitor Perfectly Posh’s products on social media. In the fall of 2017, Posh Goth filed trademark applications with the United States Patent and Trademark Office (USPTO) for both Posh Goth’s word and logo trademarks, and in the spring of 2018, these applications were opposed before the Trademark Trial and Appeal Board (TTAB) by Perfectly Posh. On 2020-06-04, after over two years of litigation, the TTAB ruled in favor of Posh Goth, ruling both that Posh Goth’s use was first and that the Opposer Perfectly Posh had not proven likelihood of confusion (http://ttabvue.uspto.gov/ttabvue/v?qt=adv&procstatus=All&pno=91241488).

“When I found out that somebody else was using my ‘Posh Goth’ brand to promote competing products,” said Posh Goth founder Jacqueline Abner-Pongratz, “I reached out to Clocktower because of their experience with helping startups like mine.”

“The decision by the Trademark Trial and Appeal Board shows that it is possible for small entity to defeat a larger opponent, provided that the evidence supports the client’s position and the client can have the patience to see the matter through to decision” said O’Brien Global Law founder William O’Brien: “Of course, the cost of litigation is always an issue. However, by using competent counsel and smaller firms, it is possible to stay in the game and achieve a good result.”

Clocktower translates the legalese of patent and trademark law into plain English so that startups can make the right business decision at the right time. Since its founding in 2001, 23 of Clocktower’s startups clients have been acquired by public companies. 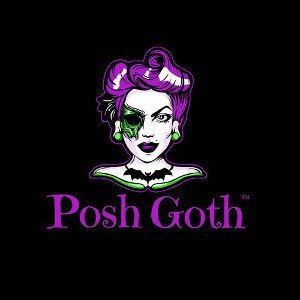