The Guardian is reporting…

More victims of the deceased financier Jeffrey Epstein, including women from the UK, have come forward in recent days following the arrest the British socialite Ghislaine Maxwell, a lawyer for the accusers has said.

Maxwell, 58, a friend of Prince Andrew, is due to appear in court in the US this week on charges of helping Epstein recruit women to sexually abuse. Speaking on Monday morning, Gloria Allred, who represents 16 of Epstein’s accusers, said others had sought legal representation to pursue compensation against his estate.

“I now have more victims contacting me who’ve never come forward to anybody, except me and maybe they told one relative what happened to them,” Allred told BBC Radio 4’s Today programme. “I do represent some people in Europe, and the UK as well, who have reached out, and they would like to see compensation.” 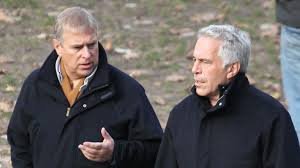