The way the world is going it’s probably a very useful skill set !

Kamali, who joined the faculty in 2015 as an assistant professor, focuses her research on medieval English legal history, including the history of the criminal trial jury, the transition away from trial by ordeal, and the importance of such factors as anger and intoxication in felony adjudication. 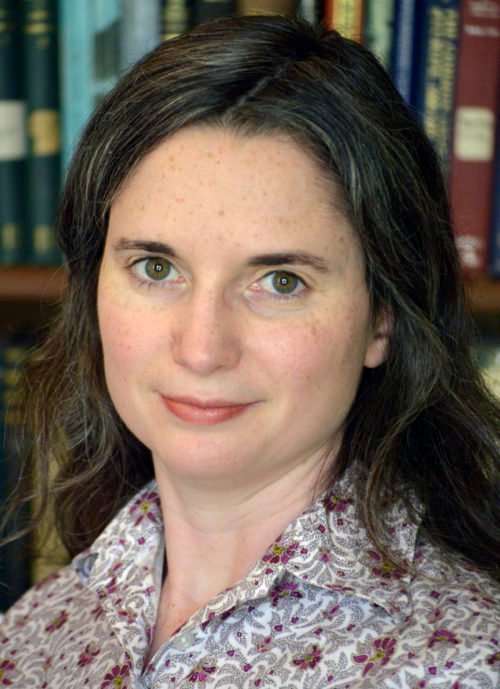 “Professor Kamali’s innovative use and careful analysis of an array of often-overlooked historical sources has enabled her to re-conceptualize the concept of mens rea and the history of the jury in medieval England,” said John F. Manning ’85, the Morgan and Helen Chu Dean of Harvard Law School. “Professor Kamali’s pathbreaking and insightful research importantly informs and shapes modern understandings of the idea of criminal responsibility.”

Kamali, who teaches criminal law and English legal history, recently published her first book, “Felony and the Guilty Mind in Medieval England” (Cambridge University Press, 2019), which examines how the concept of mens rea—that the accused person acted with wrongful intent when committing a crime—informed determinations of criminal responsibility in the first two centuries of the criminal trial jury. Kamali teaches a seminar on mind and criminal responsibility, tackling the history of mens rea from ancient Rome to the 21st century, most recently ending the semester with a close analysis of the Supreme Court’s decision in Kahler v. Kansas. Her class on English legal history attracts a mix of law students, graduate students, and undergraduates interested in exploring a millenium of common-law history, from Æthelberht of Kent (c. 600) to Elizabeth (d. 1603).

Her 2018 article, “Trial by Ordeal by Jury in Medieval England, or Saints and Sinners in Literature and Law,” which appeared in Emotion, Violence, Vengeance and Law in the Middle Ages: Essays in Honour of William Ian Miller, was awarded honorable mention for the 2019 Sutherland Prize for best paper on English legal history by the American Society for Legal History.

Her current projects include studies of doubt and proof in 13th- and 14th-century English law, medieval understandings of the effect of intoxication on legal responsibility, and the influence of Roman- and canon-law ideas on the early development of the common law.

Her scholarly work has been published in a number of legal and history journals. Recent publications include: “Tales of the Living Dead: Dealing with Doubt in Medieval English Law,” forthcoming in Speculum, the scholarly journal of The Medieval Academy of America; “A Crossroads in Criminal Procedure: The Assumptions Underlying England’s Adoption of Trial by Jury for Crime” (coauthored with Thomas A. Green), in Law and Society in Later Medieval England and Ireland: Essays in Honour of Paul Brand, edited by Travis Baker, 51-81 (New York: Routledge, 2018); and “The Devil’s Daughter of Hell Fire: Anger’s Role in Medieval English Felony Cases,” Law and History Review 35:1 (2017), 155-200.

“Harvard has long been my scholarly home, beginning with my time as an undergraduate more than two decades ago,” Kamali said. “At Harvard Law School, I have the great privilege of teaching brilliant and highly motivated students, most of whom will pursue careers in legal practice, not medieval law. Yet legal history can be foundational for future practitioners, ensuring that the common-law tradition continues to evolve to serve the common good, particularly with regard to righting wrongs in our criminal justice system. I am honored to be part of this inspiring community of staff, students, and faculty, both at HLS and within the broader university.”

Kamali has served as a faculty member of Harvard’s Standing Committee on Medieval Studies since 2015. She is an associate editor of Law and History Review and has been a member of the Medieval Academy of America since 1998 and the American Society for Legal History since 2001, currently serving on the latter’s Nominating Committee. She is also a member of the American Historical Association, the Selden Society, and the Early English Text Society.

After law school, Kamali pursued graduate studies in history at the University of Michigan and, in 2013, she was awarded the Kathryn T. Preyer Award for best paper by an early career scholar by the American Society for Legal History. She was also awarded the Medieval Academy of America Graduate Student Prize for best graduate student paper. She completed her Ph.D. in history in 2015.

Between college and law school, Kamali worked at Orion Consultants, where she advised Wall Street broker/dealers on their relationships with institutional investors, and volunteered as a Court-Appointed Special Advocate (CASA) for children in foster care. 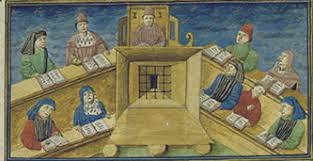