Normal courtroom decorum has not followed federal court hearings as they’ve moved to telephone conferences — so friends of a Brooklyn lawyer accused of torching an NYPD vehicle were able to publicly support him at a hearing Wednesday.

“Love you, Colin,” a woman said at a pretrial hearing for Colinford Mattis conducted by telephone in Brooklyn Federal Court.

Mattis is accused with fellow lawyer Urooj Rahman of lobbing a Molotov cocktail into an empty NYPD van during a George Floyd protest May 30.

“Thanks for what you’re doing, Colin,” said another man. “We’re here for you, bro.”

“Colin, mate, we’re all here for you,” said another man. “The whole squad’s here.”

“This is Colin’s lawyer,” said Sabrina Shroff, who represents Mattis. “The prosecution is on the line,” she reminded the friends.

A court reporter keeping notes of the hearing frustratedly reminded Shroff that if anyone spoke on the line, they must first identify themselves.

“If they speak they must identify themselves properly for the record,” the reporter said.

When the judge called the case, Mattis, 32 — a Princeton grad and Brooklyn Community Board 5 member — pleaded not guilty to seven charges including arson, use of explosives and conspiracy that could land him up to life in prison.

Prosecutors allege that Mattis drove Rahman around Brooklyn during the night of protests.

Rahman was caught on video as she tossed a Molotov cocktail into the empty NYPD vehicle outside the 88th Precinct in Clinton Hill.

Mattis and Rahman are being held in Brooklyn’s federal lockup, waiting for a federal appeals court decide if can be freed on bail.

Nearly 80 people listened in on Mattis’ arraignment hearing — many more than usually fit in the second floor arraignment room at Brooklyn Federal Court.

If Mattis’ friends spoke up from the gallery at a live court hearing, courtroom personnel would have quickly admonished them — and perhaps ordered them to wait outside the room until the hearing was over. 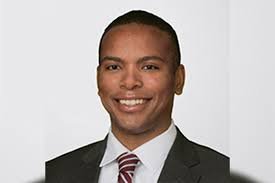