Coming in, mysteriously, a week or so after this…….

Call us cynical but it looks like …. “We will not go quiet into that night” etc etc by TR.

Or it’s just the policy they’ve always pursued…….. attack is the best form of  defence.

There’s a lot of politics and manouvering going on here but for us at House of Butter the narrative hasn’t changed.

Both TR & LN will fight tooth and nail to protect what they see to be their domain but in the end time and technology will render them redundant.

In what could be a Goliath v. David legal battle, legal research giant Thomson Reuters has filed a lawsuit against legal research startup ROSS Intelligence alleging that it surreptitiously stole content from Westlaw to build its own competing legal research product.

The complaint , filed today in U.S. District Court in Delaware, alleges that ROSS “intentionally and knowingly” induced the legal research and writing company LegalEase Solutions to use its Westlaw account to reproduce Westlaw data and deliver it to ROSS en masse.

ROSS did this after West denied it a license of its own on the basis that West does not give competitors access to its products, the complaint says.

“ROSS did so, not for the purposes of legal research, but to rush out a competing product without having to spend the resources, creative energy, and time to create it itself,” the complaint alleges. “The net result is that Plaintiffs are now being put in the unfair position of having to compete with a product that they unknowingly helped create.”

News of the lawsuit was first reported earlier today by Law.com. Thomson Reuters declined to comment on the lawsuit beyond its complaint. ROSS CEO Andrew Arruda could not be reached.

The complaint alleges that ROSS contracted with LegalEase in 2017 to get access to the Westlaw data. Thereafter, the complaint says, LegalEase’s usage of Westlaw increased from a monthly average of 6,000 transactions to some 236,000 monthly transactions — a nearly 40-fold increase.

Upon investigating this spike in usage, Westlaw discovered that a bot was being used to systematically makes it way through the Westlaw database and download and store content in bulk.

That case involved the same allegations at issue in this new lawsuit against ROSS.

At AI Research Company ROSS, A New Stage of Transparency and Engagement

If you can get behind the Law.com paywall they’ve also published a piece

The lawsuit against San Francisco-based Ross Intelligence could outline the often adversarial coexistence of copyrights and artificial intelligence. 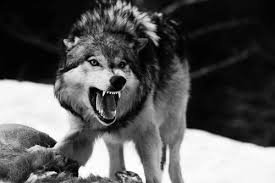