The Ugandan high court recently ruled that a person who obtains a post graduate diploma in legal practice from Rwanda is not eligible to enroll as an advocate in Uganda, sparking criticism from the Rwanda Law Fraternity. Reports The Ugandan New Times

The ruling followed an application filed in the High Court of Uganda by a lawyer who holds a law degree from the Islamic University in Uganda and a Diploma in Legal Practice from the Institute of Legal Practice and Development in Rwanda.

The lawyer in question had been told by the Ugandan Law Council that he was ineligible for enrolment as an advocate in Uganda since he studied from Rwanda which is not a common law jurisdiction. He decided to seek legal review from the Ugandan high court to rectify the issue.

Last week, the high court ruled against him, and declared that a person who obtains a post graduate diploma in legal practice from Rwanda is not eligible to enroll as an advocate in the Ugandan High court.

In an interview with The New Times, Rwandan Lawyer Edward Murangwa weighed in on the decision, arguing that matters of practice should not be equated to a legal system. He further added that the Rwandan legal regime is a hybrid one where all systems are applicable. 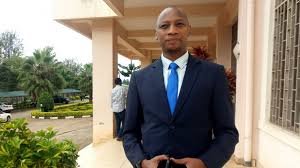