For the first time in the organization’s history, the Canadian Bar Association will be led by an Indigenous lawyer.

On Tuesday, Brad Regehr was announced as the bar association’s president for a one-year term, following Vivene Salmon, who last year became the organization’s first president of colour.

“I’m just honoured to be able to have this position,” said Regehr.

Regehr, who is Nehiyaw from Peter Ballantyne Cree Nation in Saskatchewan, was called to the bar in 1997.

He is now a partner at Maurice Law in Winnipeg and has spent a good portion of his career working in the area of Aboriginal law, as well as corporate/commercial, civil litigation and administrative law.

Born and raised in Winnipeg, Regehr was adopted in what is now commonly known as the Sixties Scoop.

He also said his grandfather went to a residential school from age five to an adult, and that it was not a good experience for him. Because of this, Regehr would like to focus some of this year’s advocacy on the Truth and Reconciliation Commission’s 94 Calls to Action.

“I just think it’s such an important thing to continue to implement, because too often in the past, you’ve had big reports done and then you get very little action on it,” said Regehr.

Read the full story at 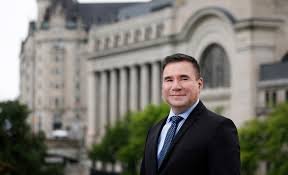