Hong Kong’s top judge defended the independence of the judiciary in the Chinese-ruled territory amid international and local criticism of deteriorating legal freedoms since a national security law was introduced in 2020.

Chief Justice Andrew Cheung said judges in the Asian financial hub could only rule according to the laws before them, had avoided political and personal views clouding their judgments and should ignore criticism that they hadn’t.

“Whether as designated judges under the Hong Kong National Security Law or not, they have all faithfully applied the law to the best of their ability, in accordance with the evidence presented before them,” Cheung said. 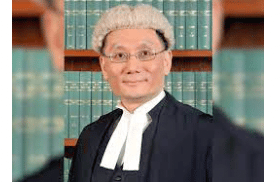