The NY Times reports on the type of lawyer law schools should be training right now as we enter the world resulting from Trump….

A champion of human rights, he represented his client and friend in the so-called Rivonia trial of leaders of the African National Congress in the 1960s.

George Bizos, who fled the Nazi occupation of his native Greece at age 13 to become one of South Africa’s most prominent human rights lawyers, championing Black people who were denied those rights and devising a three-word phrase that may have shielded his client and friend Nelson Mandela from execution, died on Wednesday at his home in Johannesburg. He was 92.

President Cyril Ramaphosa announced the death in a televised news briefing. No cause was given, but he said Mr. Bizos’s health had recently begun to fail.

Over a long and combative career, Mr. Bizos was one of only a handful of lawyers who sought redress for victims of racial separation through the very legal system that sanctioned it. While deeply flawed by the pervasive prejudice of the times, South Africa’s legal establishment did offer some slim protection to the accused under a white minority regime that liked to boast of a commitment to Western values.

In his lawyer’s black robes and starched white bib, Mr. Bizos honed his skills throughout the 1950s in remote rural courthouses, where the authorities sought to deploy apartheid law against little-known offenders, long before the well-publicized trials that cemented his reputation. 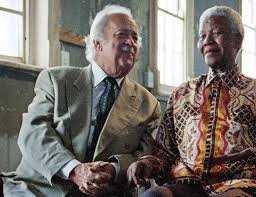