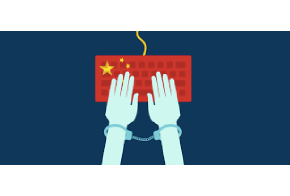 Lawyers say the sanctions could give China influence over who a firm chooses to assign to their international arbitrations. It could also make solicitors think twice about instructing Essex Court, which specialises in commercial and financial litigation, arbitration and public international law, for Asian work.

Analysts also warned it could lead to self-censorship in the UK legal industry, with firms and chambers wary of being associated with anyone who works for groups or individuals critical of China. “That is what is so terrible — it has a chilling effect in relation to sets of chambers and law firms who will be very anxious about people speaking out in relation to China,” said Baroness Helena Kennedy, a prominent rights barrister on whom Beijing imposed sanctions at the same time as Essex Court.
China announced sanctions on a number of UK MPs, academics and individuals alongside Essex Court at the end of last month, accusing them of “gross interference” for their comments about Xinjiang, where more than 1m Uyghurs and other Muslims have been interned since 2017.
Read more at  https://www.ft.com/content/e6ab6819-6040-4b7f-b579-3a51658f7a4b