Faculty at the UNH Franklin Pierce School of Law have voted to strip the name of New Hampshire’s only president from the school’s title, citing his failed leadership. Reports The New Hampshire Union Leader.

The faculty resolution includes a portion of Pierce’s 1853 inaugural address in which he referred to slavery as “involuntary servitude” and said officials should enforce pro-slavery laws “cheerfully.”

In a statement distributed earlier this month, the faculty said it is past time to jettison any connection between the law school and the nation’s 14th president, who held the office for a single term ending in 1857. Doing so, they said, would make an unambiguous statement about the school’s values.

“While he may have been a product of his time, he is not a historical figure worthy of the honor of having New Hampshire’s only law school, part of the state’s flagship public university, named after him,” the resolution read.

The resolution steps up pressure on school officials, who face a self-imposed deadline of Aug. 1 to decide about Pierce’s name. 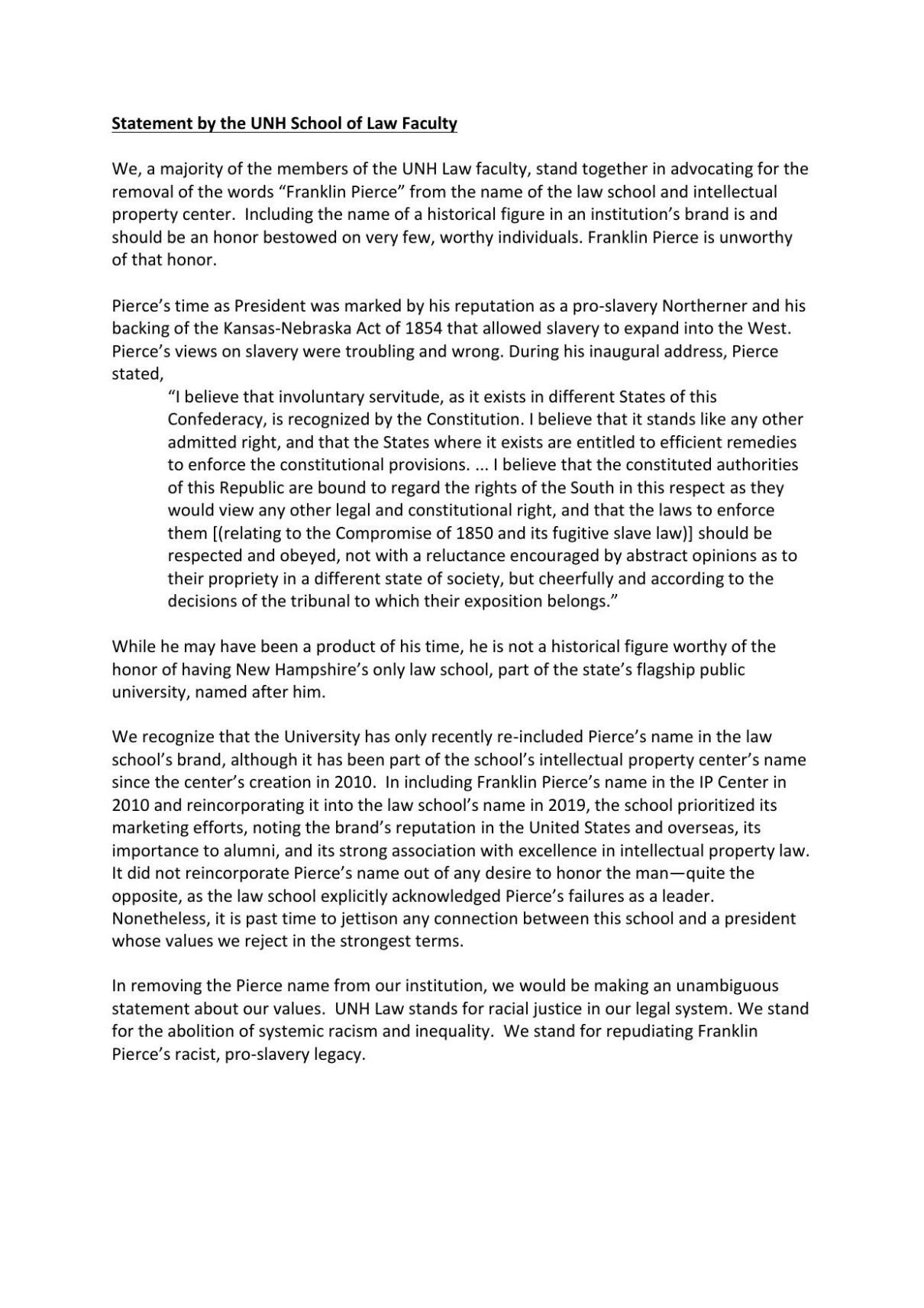 Last month, the Pierce name came under scrutiny as New Hampshire and the country grappled with questions of systemic racism after George Floyd’s death at the hands of Minneapolis police.

Pierce, a northern Democrat, said he was personally opposed to slavery but said it was permitted by the Constitution.

According to law school professor Albert “Buzz” Scherr, the faculty approved the statement by a two-thirds majority of those voting. Twelve favored removing Pierce’s name, six opposed it and one abstained.

Another six did not vote; they could have been on vacation or had scheduling conflicts, Scherr said. Adjunct faculty were not eligible to vote, he said.

The university dropped the name in 2014 when it merged with the private Franklin Pierce Law Center. The law school restored Pierce’s name in the spring of 2019. The resolution also seeks to remove Pierce’s name from one of the law school’s powerhouses, its Intellectual Property Center.

In April 2019, the UNH Board of Trustees unanimously approved reinstating the Pierce name, according to board minutes UNH provided the Union Leader. Trustees Chairman John Small moved for the change.

A list of Frequently Asked Questions on the UNH website includes the statement: “According to most historians, Pierce is viewed as an inept chief executive whose traditional style of leadership failed in the face of the massive electoral divisions over slavery and the aggressiveness of Southerners.”

Law school officials have acknowledged Pierce’s shortcomings but said the name Franklin Pierce has developed a reputation divorced from the president’s legacy. The school has also said that Pierce’s name created conflicting emotions among alumni, employers and stakeholders who felt allegiance to the school.

Although UNH billed the 2019 change as a marketing move, UNH spokesman Erica Mantz said the university engaged no consulting or marketing firm on the rebranding decision. 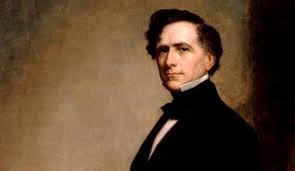