The accusations against the former justice “are reminiscent of other recent sexual misconduct scandals in the Supreme Court of the United States (SCOTUS) against Justices Clarence Thomas and Brett Kavanaugh”, UNSW Law teaching fellow Jayne O’Connor opined in a post on the university’s website. Reports Australian Lawyers Weekly

Mr Thomas and Mr Kavanagh have both been accused of sexual misconduct in years past, allegations which became central when they were each nominated – and ultimately confirmed – to America’s highest court.

“The allegations against Justices Heydon, Thomas, and Kavanaugh draw some interesting comparisons between the [courts] – both of which are the highest courts in their respective countries – and indicate a need for reform in these highly traditional environments,” Ms O’Connor posited.

“SCOTUS did not gain its first female justice until 1981. Likewise, the HCA did not appoint a single woman to the bench until 1987. Neither [court] has ever had a female majority (or a non-white majority, for that matter).”

That being said, a female majority on a court will not solve the problems of sexual misconduct and unequal power dynamics, Ms O’Connor noted. 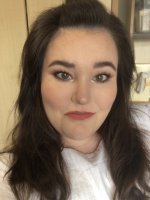