On Sunday, Dick Wolf’s production company, Wolf Entertainment, celebrated 30 years since his police and legal drama series premiered on NBC with a throwback photo on Instagram and Twitter.

The photo featured Chris Noth, who played junior detective Mike Logan for the first five seasons, and others on set during the early days of the series. 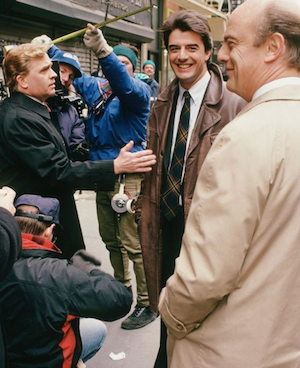