Coming to a screen near you: Scotland juries to sit in Odeons

The Scottish government has unveiled plans for the UK’s first jury trials to be conducted remotely. Scottish Courts and Tribunals Service said High Court trials will be based in selected Odeon cinemas, starting in Edinburgh later this month and Glasgow next month.

Remote jury centres are a first in the UK and will allow the High Court trials to operate at pre-Covid-19 business levels.

Jury citations have now been issued for the first three trials to be conducted from courtrooms at Lawnmarket, Edinburgh, Edinburgh Sheriff Court and Livingston Sheriff Court. They will be fitted with cameras and technology necessary to broadcast trials to the cinema screens and to receive a video wall of jurors into the courtroom.

SCTS said cinemas had been selected following an extensive search for suitable venue. High levels of digital connectivity and secure IT infrastructure were key factors in the choice, as well as sound-proofed accommodation which can be used for jury deliberations. Jurors will sit physically distanced in the raked seats and will be presented with four views on the big screen. At all times the screen will show the judge and the accused, with the other screens showing witnesses, prosecutor/defence or evidence. Deliberations will be in the same room, with physically distanced tables and chairs linked by microphones.

As part of the contract, SCTS will have exclusive access to complexes from Monday to Friday, with cinema-goers allowed back in at weekends from 6pm on Friday through to Sunday night. 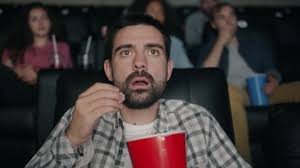