The Bordeaux Wine Council (CIVB) has won “a landmark victory” in China, with a counterfeiter being given an 18-month prison sentence.Reports World Trademark Review

According to The Drinks Business, this is the first time criminal proceedings have prevailed against a Bordeaux wine counterfeiter located in China. The forger showed the fake wine at the Chengdu Wine Fair last year, and was sentenced at a court in Pudong in Shanghai. “This conviction is a very significant step forward in the fight against counterfeiting that the CIVB has been waging for more than 10 years,” a CIVB representative said in a statement. “This case could act as a catalyst and encourage the various Chinese authorities to pursue similar cases and bring them to a successful conclusion. Prison sentences will constitute a significant deterrent for counterfeiters.” Indeed, a similar sentiment was stated by representatives from Under Armour in an article on WTR yesterday. (TJL) 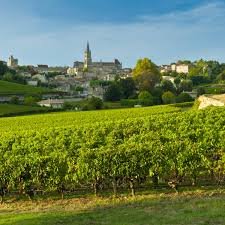