Following calls from the community, the Faculty of Law committed to a formal consultation process reviewing the name of its building, Sir John A. Macdonald Hall, on June 25.

In a statement, the Faculty of Law said the consultation process will include a committee formed of students, faculty, staff, and alumni tasked with considering comments about the building’s name from within and beyond the Queen’s community. The subject will also be reviewed by the law school’s Faculty Board.

The consultation process aims to determine whether Sir John A. Macdonald’s name continues to be appropriate for the law school’s building.

It also aims to complement other committees examining issues of importance, including curricular reform in response to the Truth and Reconciliation Commission’s calls to action on teaching Aboriginal law and Indigenous legal traditions, the law school’s response to issues of systemic racism and the administration of justice, and the identity and mission of the law school over the next five years.

“Given his role in the formation of Canada, there were good reasons to honour Sir John A. Macdonald when the building was named in 1960,” Walters wrote in the statement. “[B]ut the work of the Truth and Reconciliation Commission has brought greater public awareness to Macdonald’s negative legacies, in particular the development of the Indian residential school policy in Canada.”

Sir John A. Macdonald, who lived and worked as a lawyer in Kingston, was Canada’s first prime minister. However, he is also remembered for his role in implementing many racist colonial laws, including the Indian Act of 1871, the creation of residential schools, and the foundation of the RCMP’s predecessor the North-West Mounted Police in 1873.

Macdonald is also remembered for pushing a starvation policy that forced Indigenous peoples out of the Prairies to build the Canadian Pacific Railway, the execution of Louis Riel in 1885, the Electoral Franchise Act of 1885 which restricted the rights of BIPOC individuals’ ability to vote, and the Chinese Immigration Act of 1885.

The committee will be formed in early July, with the consultation process scheduled to start in late July and wrap-up in mid-August. Further details about the consultation are slated to be announced soon.

Following the consultation process, Mark Walters, dean of the Faculty of Law, will present a report and recommendation to Principal Patrick Deane at the end of August. Deane will then present his own recommendation based on this information to the Board of Trustees at its September meeting.

The Board of Trustees is the University body with the authority to change the names of buildings on campus.

While one petition had suggested renaming the building after Aywahande (the one who speaks first or gets things going with words) Patricia Monture, a Queen’s alumna and Mohawk lawyer who advocated for Indigenous rights in the practice of law, Walters said the consultation will focus exclusively on the question of “de-naming” the law building rather than selecting an alternative name.

Walters added that, if the Board of Trustees decides to proceed with removing the name, a separate process will be undertaken to consider a new name.

The Arts and Science Undergraduate Society (ASUS) Council released a statement on June 26 supporting the Faculty of Law’s decision to review the building’s name.

“Macdonald was never officially affiliated with Queen’s University in his lifetime, and there is no reason why he should be today,” the statement read. “As our country’s first Prime Minister, Macdonald is a part of our history. But Queen’s University is not a museum – it has no obligation to commemorate Canada’s founding in the names of its structures.”

The statement also said it’s “unfair” to ask members of the Queen’s community to learn in a space named after a man who was “so destructive.”

“We would like to thank the Indigenous members of our community that have been taking the lead in this fight. We hope that in the future, buildings are named so that such fights are unnecessary.”

The AMS told The Journal it will be releasing a statement on Monday. 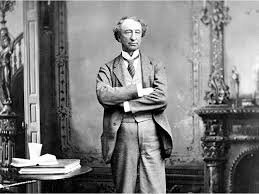