A British lawtech entrepreneur has received another hefty cash injection for his ‘robot lawyer’ app.

Tech hedge fund Coatue led the funding round which took place over Zoom, while American venture capital firms Andreessen Horowitz, Founders Fund and Felicis Ventures, all of whom previously invested in the company’s $4.6 million (£3.7 million) seed round, contributed to the financial war chest. The start-up is now worth an estimated $80 million (£63.6 million).

Browder founded the chatbot four years ago while he was still a student at Stanford University. It initially launched with the aim of helping consumers in the UK and US to appeal parking tickets but has expanded with the help of investment to help them get refunds for cancelled flights, for example, or unwanted gym memberships. DoNotPay helps to “fight corporations, beat bureaucracy and sue anyone at the press of a button”, according to its website, and has seen demand skyrocket in the wake of the coronavirus pandemic.

“People have been desperate to get refunds from airlines; gyms have been shutting down and people are wanting to cancel,” Browder told VentureBeat. “Certain dispute categories, such as canceling gym memberships, have gone up by almost 30 times.”

The app charges users $3 (£2.40) a month, and while some of its services are currently only available to those living in the US (where Browder has since relocated), he has signalled his intentions to expand further in the UK. Yesterday’s big financial boost will no doubt help him on his way. 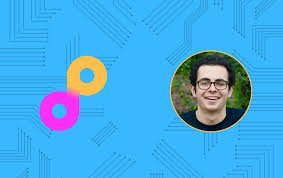