Billboard  report…..Fans behind the #FreeBritney movement grew louder this summer as headlines sparked by probate court proceedings stoked their belief that Britney Spears should be released from the conservatorship she’s been living under since 2008. On Wednesday, the singer’s court-appointed lawyer told an L.A. judge she lacks the capacity to sign a declaration expressing her wishes and compared her to a “comatose” person.

Since August, attorney Samuel Ingham has fueled the #FreeBritney flames with headline-grabbing legal filings claiming she didn’t want her father, Jamie Spears, to be solely in charge of her conservatorship and that he was trying to keep the dispute secret by asking the court to seal records.

One piece of news seemed largely ignored by those calling for Britney’s emancipation: It was revealed in an Aug. 31 filing by Ingham that the conservatorship is voluntary. If the singer wants out, Ingham can file the paperwork. Of course, it wouldn’t be simple or quick. There would likely be an evaluation of whether she has the capacity to make such a decision — especially now that Ingham has called it into question in court — and whether she’s capable of managing her affairs without being subject to undue influence. 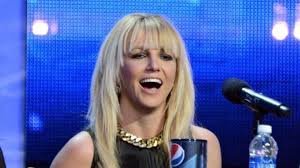