A Victorian barrister who travelled overseas in the days prior to a hearing without telling his client or instructing solicitor has narrowly dodged a harsher penalty for this conduct.

The Victorian Civil and Administrative Tribunal has determined a penalty for a barrister who engaged in professional misconduct and unsatisfactory professional conduct over delays in completing work, travelling overseas days before a hearing without informing his instructing solicitor and failing to respond to an information request by the regulator.

The tribunal’s senior member Jonathan Smithers submitted that Matthew Stirling could be open to a costs order in future but in the meantime imposed a disqualification period of two months and handed down a reprimand for conduct that amounted to four counts. The VLSC was seeking six to 12 months and a costs order of over $27,000.

In the judgement, Mr Smithers said he was satisfied that Mr Stirling’s conduct in simply absenting himself at short notice without explanation “comprised his substantial failure to reach or maintain a reasonable standard of competence and diligence”.

“It might be debatable as to the extent this may or may not have disadvantaged client interests in a forensic sense, however, the act itself was unacceptably disrespectful to his client and his instructors and, in all circumstances, warrants disqualification.”

In December 2019, the tribunal found that in a number of instances, Mr Stirling alerted his client or instructing solicitors that he would complete tasks but failed to do so. This included situations where his failures caused his client to be in breach of County Court orders and a failure to inform his client in a timely way of such non-compliances. 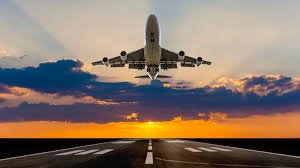