If you missed this in The UK Guardian it is well worth a read as the latest revalations reveal that virtually the entire fashion industry could be considered complicit in the incarceration of over a million Uighurs.

Exclusive: Sanctions on China and companies operating there, along with use of treaty agreements, can bring Beijing to account, British barristers argue

The international community is legally obliged to take action on China’s alleged abuse of Uighur and other Turkic minorities, a prominent group of British lawyers has said, suggesting nations use sanctions, corporate accountability mechanisms, and international treaties preventing racial discrimination to pressure Beijing.

China’s refusal to be held legally accountable for the widespread and documented allegations did not absolve the global community of responsibility, the Bar Human Rights Committee of England and Wales (BHRC) said in a report released on Wednesday.

“All states, including China, have unequivocally accepted that slavery and racial discrimination, torture and genocide are prohibited,” it said.

The BHRC briefing paper, written by some of Britain’s leading human rights barristers, underlines a growing push for concrete action against China’s crackdown in Xinjiang. It also provides some of the most specific recommendations yet for states to pressure Beijing into meeting legal obligations to its own people, and to ensure that other states do not breach their obligations by failing to act.

Here is the press release for the briefing paper

The Bar Human Rights Committee of England and Wales (BHRC) has today published a new high-level Briefing Paper on the responsibility of governments under international law in relation to the widely reported severe ill-treatment, repression and abuse of Uyghurs and other Turkic Muslims by China.

The report has been endorsed by Baroness Helena Kennedy QC and Lord Alton of Liverpool and has been written by leading human rights barristers in England and Wales who are members of BHRC.

As disturbing covert drone footage filmed last year resurfaces, alleged to be of hundreds of Uyghur men blindfolded and taken onto trains, this Briefing Paper is a timely and important intervention on the grave allegations of widespread and systematic persecution of the Uyghur and other Turkic Muslim people in Xinjiang. It makes clear that, whilst international legal accountability for alleged crimes of the most serious order in Xinjiang may be limited owing to the multiple Chinese reservations placed on dispute resolution in international forums, alternative routes do exist which the international community can use to place pressure on China to meet its own legal obligations towards all peoples within its border. Indeed, the Paper makes plain that third party States must take all available measures to prevent any violations of international law from occurring, to seek to bring any on-going violations to an end, and to call upon China to immediately cease all and any alleged practices and policies – violating its obligations and responsibilities – towards Uyghurs and other Turkic Muslims.

The report provides practical next steps which governments, and in particular the UK Government, should urgently consider. These include: 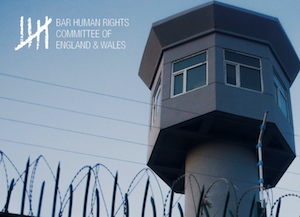