Here’s the introduction to the article

The tragic events unfolding in Ukraine are a humanitarian catastrophe. Any objective assessment points to countless lives having been lost, devastation to civilian infrastructure and economic damage that will take decades to undo. We can only hope for a cease fire soon, and an end to the destruction and bloodshed culminating in a durable and lasting peace. 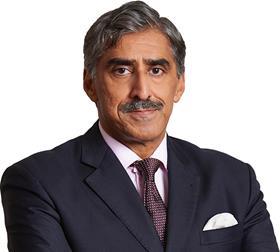 When all is said and done, and the war finally ends, Ukraine will have a strong case for reparations. Yet how are these likely to be advanced, administered or even paid for?

The United Nations was created out of the horrors of World War II, its core objective was and remains today – enshrined in its founding charter – to protect the territorial integrity, sovereignty and political independence of its member states.

While the UN Security Council was empowered to authorise sanctions and the use of force in instances including but not limited to a ‘breach of the peace…threat to international peace and security’, for almost half a century the Cold War meant the Security Council was rarely capable of achieving consensus between its permanent members – the UK, China, France, USA, and what was the USSR, and now the Russian Federation.

Yet in 1990 when Iraq brazenly violated Kuwait’s territorial integrity it was met with swift and rarely seen unanimous action from the UN Security Council (UNSC), who not only sanctioned Sadam Hussein’s regime, but authorised the use of the force and in doing so, gave the green light to the first Gulf War.

As a direct result of Iraq’s invasion, and galvanised by this rare unanimity, the UNSC passed resolution 687 and thus created a UN compensation commission specifically to deal with Kuwaiti claims arising out of Iraq’s invasion. A precedent was set, for it found that Iraq was liable ‘under international law for any direct loss, damage, including environmental damage and the depletion of natural resources, or injury to foreign governments, nationals and corporations, as a result of Iraq’s unlawful invasion and occupation of Kuwait.’

In the context of the invasion of Ukraine and the armed attack by Russia’s military, apart from the palpably unsustainable assertion that Ukraine was engaging in genocide against its own nationals of Russian ethnicity, no credible attempt has been made to provide any legal justification. Accordingly, there is little doubt that Russia has violated a fundamental principle of Public International law, namely Article 2(4) of the UN Charter. Not to mention the potential violations of international humanitarian law (including the Geneva Conventions of 1949 and the Additional Protocol of 1977), currently under investigation.