Worth a read from World Trademark review…

The Black Lives Matter (BLM) movement returned to the global spotlight this year following the killing of Minneapolis resident George Floyd. A new WTR investigation has found over 50 attempts to register Black Lives Matter brands in 2020 so far, with one activist telling us that legal protection is necessary “so that people can’t profit from it who haven’t shed blood for this movement”.

The BLM movement began in July 2013 following the acquittal of George Zimmerman in the killing of African-American teenager Trayvon Martin. It generated global headlines during protests spurred by the deaths of Michael Brown and Eric Garner in 2014, and again in 2020 following the killing of George Floyd. In fact, it is estimated that between 15 million and 26 million people have participated in the 2020 Black Lives Matter protests in the United States so far this year. While it is understood to be a decentralised social movement of activists with no formal hierarchy, over 30 local chapters have been set-up by the originators of the #BlackLivesMatter hashtag.

Unsurprisingly, like any globally-recognised term, individuals and entities have filed trademark applications related to Black Lives Matter. The earliest attempt was at the US Patent and Trademark Office (USPTO) in January 2015 by Chicago resident Michael Southern, owner of a business called ‘Crazy4tshirts’. That BLACK LIVES MATTER application was filed in Class 25 for shirts and hoodies. It was refused because, according to the USPTO examining attorney, “the public would not perceive the slogan BLACK LIVES MATTER as source-identifying matter that identifies applicant as the source of the goods but rather as an expression of support for anti-violence advocates and civil rights groups”. The filing was subsequently abandoned.

Various trademark applications have been lodged since then, including for the exact term and parodic versions of it (eg, BLACK OLIVES MATTER and BLACK DOGS LIVES MATTER). Nearly all have been refused or abandoned, with the exception being a 2015 filing for the term ‘BLACK LIVES WILL MATTER TO THEM. WHEN BLACK LIVES BEGIN TO MATTER TOO US’ from two New York residents, which reached registration in 2017 (following an initial refusal). From 2015 to 2019, no applications related to the movement had been made outside of the US.

However, this year Black Lives Matter-related trademark filings have become a more regular occurrence. Research from WTR has identified at least 51 applications related to the movement filed since June 2020, including dozens in the days following the death of George Floyd. Some of those attempts have been well publicised, including when a UK-based businessman sought protection of the terms BLACK LIVES MATTER and I CAN’T BREATHE (the phrase repeatedly used by Floyd when he was pinned down for more than eight minutes by a police officer). In an interview with WTR at that time, the businessman explained he planned to launch non-profit organisations with those names. However, following a viral backlash, the applications were withdrawn.

Since June, applications for the term have been filed around the world. Outside of the US, the most prevalent are filings in Europe. For example, two applications were recently filed for BLACK LIVES MATTER at the EU Intellectual Property Office by German resident Axel Bürger covering over 100 goods and services. Tellingly, the recent trademark activity of Bürger (for terms including ANTIFA, ANTIFASCHISTA, MIGANTIFA) indicates he may not necessarily be a supporter of the movement (WTR has reached out for comment).

Read the full article at. https://www.worldtrademarkreview.com/brand-management/controlling-black-lives-matter-the-battle-trademark-movement 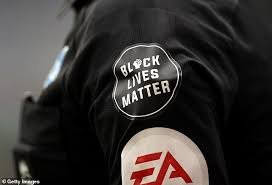