According to the filing, Phoenix Networks is a “boutique,” privately held company organized under the laws of China. According to the complaint, it has been in the business of designing, distributing, and selling products in the United States, including face masks, since 2017. The plaintiff contends that items it sells “are popular on the market and its trademark is recognized by consumers.” The defendants are Delaware companies that conduct business through their retail sales operation on the Amazon.com marketplace, according to the complaint.

At issue are the plaintiff’s branded face masks that bear its “HONRANE” trademark. The plaintiff notes that in light of the COVID-19 pandemic, the mask market has experienced an “explosion in [] demand and sales.” Yet, the plaintiff contends, “counterfeit surgical-type mask products have become a serious problem,” and “are dangerous, insofar as they are being misrepresented as having characteristics of the genuine product for which they are being confused.”

The complaint contends that the defendants “frequently offered to sell surgical-type face masks under listings created by Phoenix Network’s authorized distributors on Amazon.com for the sale of HONRANE-branded surgical-type face masks.” This practice, so-called “tagging-along” is “a special mechanism on Amazon.com under which sellers tag along another’s listing when the products offered are identical.”

Phoenix Networks argues that Amazon was using its trademark without authorization “within its product listings’ titles and prominently on a brand page for the Mark which also is not authorized by the Plaintiff.” According to the filing, the unlawful use of Phoenix Network’s trademark is “likely to cause and has caused confusion, mistake, and deception by and among consumers and is harming Plaintiff.”

The plaintiff is represented by AU LLC. 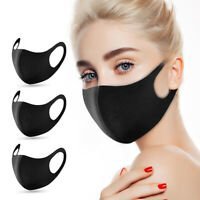