Afghanistan: Male judges and prosecutors left behind in ‘forgotten crisis’

The Taliban’s increasingly draconian policies in Afghanistan, the return to Sharia law and attacks on women’s rights have rightly drawn the world’s attention. However, almost 18 months after the Taliban seized power, there are growing calls to ensure that Afghan men, including those working in the legal profession, are also safe from harm.


Imogen Canavan, a Legal Consultant at the Max Planck Foundation for International Peace and the Rule of Law, has worked closely with the IBA and the International Association of Women Judges to evacuate vulnerable Afghans since August 2021. As part of these efforts, hundreds of female judges deemed to be at risk were evacuated alongside their families and have since been resettled in Canada, Australia, Germany, the UK, Ireland, New Zealand and Iceland.


While Canavan says these efforts are to be hugely commended, she’s increasingly concerned for the safety of male judges in Afghanistan who are now being forced to impose Sharia Law. ‘One of the focuses for me as a consequence of this work has been the male judges, because I feel like they’re a much bigger group,’ she says. ‘There are about 200 female judges, but there are about 2,000 male judges. What we see in terms of security risks for them is mostly kidnappings of the eldest son. They usually want the judge to present themselves to the Taliban in exchange for the son. Then often we anticipate that this would be likely to result in killing or certainly torture. There’s extortion as well.’

Safiya was an Afghan national working in the UK last August when the Taliban seized Kabul. Though she had no previous links to the legal profession, she, like Canavan, found herself fully immersed in the evacuation efforts. Safiya has watched in horror at how women have been steadily removed from nearly all areas of public life in Afghanistan, but says many male judges could be even more at risk than their female counterparts. ‘A lot of very well-known male judges were left behind,’ she says. ‘That’s the thing that upset me the most because all these men at the top of their field were getting in touch with me, but there was no evacuation mechanism for them. They’re the ones that are most in need now.’

Canavan says it was also a mistake that prosecutors weren’t deemed at risk enough to be evacuated by governments and humanitarian organisations in the wake of the Taliban takeover. ‘They are being attacked with knives and guns and their homes are being burnt down,’ she says. ‘Like legal academics, this group has not been prioritised, has been left behind and nobody’s thinking about them.’ 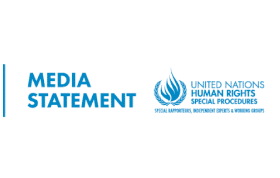