Post-Dispatch metro columnist Tony Messenger has won a Silver Gavel Award for Media and the Arts from the American Bar Association for his coverage of debtors prisons in Missouri. Reports The St Louis Post Dispatch

The bar association said Messenger provided “powerful commentary” about “Missourians being jailed, essentially, for being poor.”

The Silver Gavel Awards, the bar association said, “recognize outstanding work that fosters the American public’s understanding of law and the legal system.” 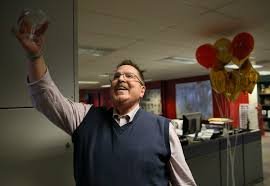 Messenger’s columns focused on the jailing of people who struggled to pay “board bills” that stemmed from their time behind bars. The bills charge for the cost of imprisonment and can total thousands of dollars.

In one column, Messenger profiled Brooke Bergen, of Salem, Missouri, who pleaded guilty to shoplifting after stealing an $8 tube of mascara from Walmart. She got probation, but had to submit to twice-weekly drug tests that cost her $30 a week.

When Bergen did not answer a call from Lisa Blackwell, who was administering the drug tests, Bergen spent a year in jail. When she was released, Bergen was given a $15,900 bill.

Messenger won a Pulitzer Prize for his columns last year.

“Messenger’s tenacious reporting overcame efforts by some local officials to thwart his coverage and block his access to records,” Gilbert Bailon, the editor of the Post-Dispatch, said in a statement.

“But he was able to reveal the truth about abuses of vulnerable people who had no recourse in the Missouri legal system,” Bailon said. “His columns made the public aware of an unjust system, which led lawmakers to change the law and procedures to prevent future abuses.”

Messenger, noting the Legislature attempted this year to overturn recent reforms, said he expects to continue to write about debtors prisons “for years to come.

“When poor people are jailed simply because they can’t afford a board bill or other costs and fees it exacerbates poverty in a cruel way. I hope my reporting on this topic has helped encourage needed reform,” he said.

Other Silver Gavel winners include author Emily Bazelon for her book “Charged: The New Movement to Transform American Prosecution and End Mass Incarceration” and the Reuters news service for an investigative series titled “Hidden Injustice,” which was also published at stltoday.com. A documentary, a film drama and a podcast were also recognized by the ABA.

Jailed for being poor is Missouri epidemic: A series of columns from Tony Messenger

Tony Messenger has written about Missouri cases where people were charged for their time in jail or on probation, then owe more money than their fines or court costs.

The Pulitzer Prize board considered these columns when it decided to award the prize for commentary to metro columnist Tony Messenger. 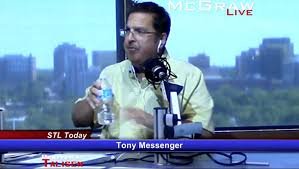