Kodak Black‘s lawyer is fighting to get his client moved to a safer prison facility following the rapper’s recent accusation that he was assaulted by guards at his current location.

On Friday (May 8), Bradford Cohen, who represents Kodak, filed a motion to correct a clerical error, which he says is the reason the South Florida rapper is locked up at a maximum security prison despite his non-violent convictions.

“We have filed a motion on Bills Federal case to correct an error that should lower his classification in the federal system,” Cohen revealed on Instagram. “In the federal system you are scored on an offense level and a criminal history category. Bills criiminal history category was a 3, i argued at sentencing that this category was overstated as one of his priors was a misdemeanor Marijuana case, that added significant points. The judge accepted that argument and sentenced as if he was a 2. BOP however is still scoring him for placement as a 3.” 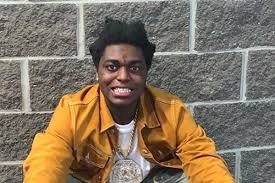